What is insulation failure?

Common causes of insulation failure include:

This guide will direct you through each stage of electrical insulation deterioration so you can be proactive and track these insulation changes in your motor equipment.

Identifying faults at this stage of insulation failure is extremely important for reliable “world-class” operation of a plant’s electrical system. In this stage, undesirable current flow between conductors does not yet occur, though the risk that it will begin to do so is high. Fortunately, early detection through checking windings and engaging in proper motor testing is extremely beneficial. Early detection of insulation failure in electric motors allows a company to address the deterioration while it remains relatively minor, saving time and money and preventing catastrophic failure.

ALL-TEST Pro instruments are the only instruments in the world that can perform early detection of insulation failure in electric motors consistently and at the earliest stages.

During the second stage of electrical insulation failure, the deterioration of the windings becomes more pronounced. Below are some of the failure characteristics they may exhibit:

Troubleshooting needs to be performed to determine the cause of the problem. ALL-TEST Pro instruments determine the true state of health on the motor and its components.

If previous signs of insulation failure have gone undetected or unaddressed, the motor will likely experience a total breakdown. Below are some of the characteristics the winding often exhibits at this stage:

Many electrical meters and devices should catch faults at this stage of motor failure (or when there is a complete short to ground indicating a severe safety issue). If you run motors to failure, then you may not need to know what is happening to your motor or know your motor’s state of health.

Stressors like temperature, pollutants, and electrical stresses such as sustained overvoltages can easily tax electrical insulation and cause breakdowns. The risk of insulation failure also increases with time as these various factors interact with each other to cause deterioration. For instance, tiny pinholes or cracks might appear in the insulation from everyday wear and tear. Those cracks weaken the insulation, and they also create avenues for moisture and chemical contaminants to enter, degrading the insulation even further.

Below are a few of the most common causes of electrical insulation failure in a motor:

Motor circuit analysis (MCA™) injects low voltage AC & DC voltage to exercise the winding insulation system, while the motor is de-energized. When the insulation system begins to undergo chemical changes, it affects the capacitance (C), and inductance (L) of the coil system. Any change in the C or L changes the time delay between the applied voltage and the resultant current and the ability of the coil system to store an electrical charge or a magnetic field. Therefore, as the winding insulation begins to change chemically either the Fi or the I/F or possibly both will change. If either one of these variables change, this will change the test value statistic (TVS). A change in the TVS static from its baseline value previously stored as a reference value static (RVS) of > 3% indicates the beginning of an insulation or rotor failure.

Summary: Combining the DF & CTG measurements provides a better indication of the overall condition of the groundwall insulation than IRG measurements alone. A standard IRG test will only detect ground failures at the weakest part of the winding’s insulation. DF and CTC tests will provide a complete assessment of the entire insulation system by using AC low voltage test methods. Combining these two tests with a IRG test will give you the most accurate condition of your motor’s insulation system to ground.

Insulation Resistance to Ground (IRG) – This is a safety test & is not used to determine the actual condition of an electrical motor.

The insulation resistance to ground test are the most common electrical tests performed in the electrical field. The main purpose of these measurements is “safety”. When there is a path for current to flow from the energized winding to the casing of the machine or earth, it is possible that an exposed portion of the motor could become energized to the full voltage applied to the winding. Additionally, if sufficient current flows to ground it will create localized heating that could result in damage to plant as well as personnel. Prior to energizing a newly installed electrical systems an IRG test should be performed to ensure that the motor is “safe” to energize. The IRG test applies a DC voltage to the motor leads and measures the current flow to ground. Since current takes the path of least resistance this test identifies the weakest points of the groundwall insulation but does not provide any indication of the overall condition of the groundwall insulation.

Protect Against Insulation Failure With Equipment From ALL-TEST Pro

ALL-TEST Pro dependable motor testing products give your business the tools it needs to evaluate electrical performance and resolve minor issues quickly before they grow into more time-intensive and labor-intensive problems.

Why test motors? A well-maintained, high-performing motor is key to keeping your business running effectively, minimizing downtime, and boosting productivity and profits. ALL-TEST Pro can provide your business just that. Our testing, troubleshooting and predictive maintenance programs keep your motors running strong and providing high value for your company.

Request a quote today, or contact us to learn more about how our products provide fast, accurate motor testing — anytime, anywhere. 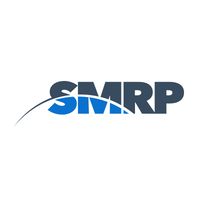